My siblings and I joined the ranks of the 15 million or so unpaid and untrained family caregivers for older adults in the United States. 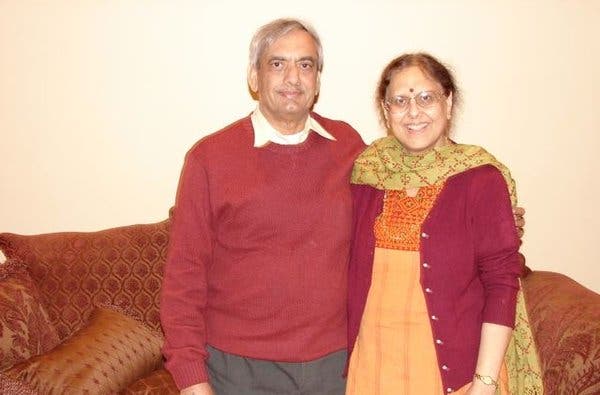 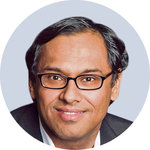 I hadn’t realized how quickly my father’s mind was fading until one morning a few years ago when he asked me why he was taking only six medications per day. “What will I take on the seventh day?” he wanted to know.

My mother, who had been given a diagnosis of Parkinson’s disease, had been in decline for some time and could be of limited help. Anti-Parkinson’s medications helped to relieve her muscle rigidity, but her condition had continued to worsen.

So we pressed my father to retire his professorship so that the two of them could move from Fargo, N.D., to Long Island to live closer to me and my brother. When my parents arrived, it was alarming how much their conditions had deteriorated.

My father was forgetful; my mother required assistance with walking. The friend who helped them move took me aside after they arrived. “They have to have hope,” she said.

“That one day they will be able to do the things they can’t right now.”

We wanted our parents to live independently in their own home, which meant that my siblings and I were going to have to chip in to help. It was a small price to pay, we thought. When my sister visited from Minneapolis, she bathed and dressed my mother. I administered their medications and helped with groceries. My brother took care of household issues. Still, my parents’ home, like my parents themselves, was in a constant state of disrepair.

That summer, my siblings and I joined the ranks of the 15 million or so unpaid and untrained family caregivers for older adults in this country. Ahttps://jamanetwork.com/journals/jamainternalmedicine/fullarticle/2491683recent study found that almost half of this largely invisible work force spends, on average, nearly 30 hours a week providing care to relatives, many of whom have dementia, an estimated more than $400 billion worth of annual unpaid time.

The work takes its toll. These sons, daughters, husbands and wives are at increased risk of developing depression, as well as physical and financial difficulties, including loss of job productivity. Being sick and elderly in this country can be terrifying. Having a sick and elderly loved one is often a full-time job.

As the workload increased, we hired help, as much for ourselves as for our parents. But after some items were stolen, we realized we had to be more careful about whom we allowed into our parents’ home. Older adults in this countrylosealmost $3 billion a year to theft and financial fraud. Nearly every week my father instructed us to donate money to someone who had sent him a generic email appeal. It fell on us to keep our parents from being exploited.

With millions of elderly adults requiring assistance with daily living, physicians should make it routine practice to ask family members whether they can provide the requisite care. Many of these potential caregivers, ill or stressed themselves, simply cannot.

Insurers should also set aside funds to support these caregivers. Family members are often the people most invested in the care of their loved ones. Supporting them will only benefit our most vulnerable citizens. It won’t be cheap, of course. Because of the size of this unpaid family work force, even providing minimum wage to the most taxed caregivers could cost up to $100 billion annually.

In 2015, Andrew Cuomo, governor of New York,https://www.governor.ny.gov/news/governor-cuomo-announces-675-million-support-caregivers-individuals-alzheimer-s-and-otherannounced a $67.5 million grantto help ease the burden of informal caregivers of dementia patients in the state. The money pays for counseling, support groups and a 24-hour hotline. It also subsidizes the hiring of friends and neighbors at $15 an hour so that family members can enjoy occasional respite from the strain of caregiving. Several other states, including North Carolina, North Dakota, Minnesota and Vermont, have similar programs but on a much smaller scale. Much more needs to be done nationally.

Though our parents’ independent living required a steadily increasing commitment, there was no dearth of moments to remind us that it was worth it. I once called my father to tell him I was going to stop by the house later to talk about a change in one of her medications that her doctor had suggested.

When we ended the conversation, he forgot to hang up the phone. I heard him turn on the TV, which was playing a popular Hindi film song.

“Will you listen to some music with me?” he asked my mother. She did not reply. “Come on, hold my hand,” he said.

“No one has any use for me,” I heard my mother say.

Sandeep Jauhar (@sjauhar), a cardiologist, is the author of “Intern,” “Doctored” and the newly released “Heart: A History.”